The Inspirational Story of V.E. Anderson

The most successful companies have faced some of the hardest challenges, but as Steve Jobs once said, “I’m convinced that about half of what separates the successful entrepreneurs from the non-successful ones is pure perseverance.” This statement could not be a truer representation of the challenges and successes of Victor E. Anderson.

This story starts during one of the most difficult times America has ever faced, the Great Depression. During this time, getting by with little money was quite impossible. Victor E. Anderson, Sr. worked multiple jobs as a carpenter, taxi cab driver, mayor, cement mixer, and weather stripper to survive the hardships the Great Depression brought.

But Victor had the motivation to provide something greater despite the hard challenges. Victor’s passion led him to be an inspiring innovator. Victor developed a redwood, self-storing storm window called The Invisible. Shortly after the invention of The Invisible, Victor developed The Quick Change. During the day, he would go door-to-door in Detroit, Michigan, selling these newly invented windows and then return home to assemble his products at night in his garage.

After some time, Victor obtained a contract with Montgomery Ward and started making windows full-time from a horse barn in Detroit Michigan, which started the formation of The V.E. Anderson Company Limited, also referred to as Anderson Windows and Doors.

World War II hit and made manufacturing space scarce and labor in short supply. Due the challenges in manufacturing in Detroit, Victor and his wife Marion moved to Owensboro, Kentucky in the summer of 1943. They opened up their manufacturing facility in the former F.A. Ames Building. The first product line produced in their new building was the self-storing, wood storm windows. Eventually, the product line was expanded to include aluminum storm windows and doors, aluminum prime windows, and wood prime windows. The expanded product line also resulted in additional manufacturing facilities. Plants in Tennessee, Georgia, Florida, Ohio, and Indiana were added to the V.E. Anderson Window and Door Company. By 1960, the company maintained a substantial presence in the window and door industry.

Robert H. Schuller states, “Tough times never last, but tough people do.” and Victor Anderson was one of those tough people. Overcoming the challenges and becoming a successful company was not easy, but V.E. Anderson was able to keep his persistence and perseverance and formed a company that continues to prosper today. 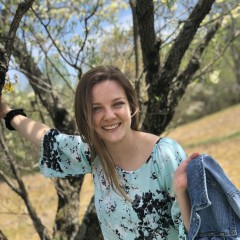